Photo: Henry Fisher House, ca. 1801, Route 622, Oley Township, Berks County, PA. The Henry Fisher house is generally acknowledged of Significance: to be the finest example of the Georgian house in Berks County. The Fisher house was built for Henry Fisher on the farm that he and his wife (Susanna Ruth) bought from John Lesher, Jr., in 1791. The house was three years in construction, and the master craftsman who did the excellent woodwork, panels, stairway, friezes, etc. was Gottlieb Drexel. Listed on the National Register of Historic Places in 1973. Photographed by Cervin Robinson, 1958, Historic American Buildings Survey [HABS PA-1027], memory.loc.gov, accessed September, 2014. 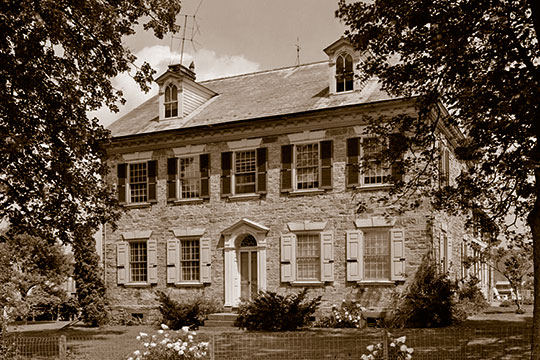 Originally part of Philadelphia County, Oley was settled around 1700 and incorporated September 1, 1740.

The township has five individual properties and one historic district that are listed on the National Register of Historic Places. These include: