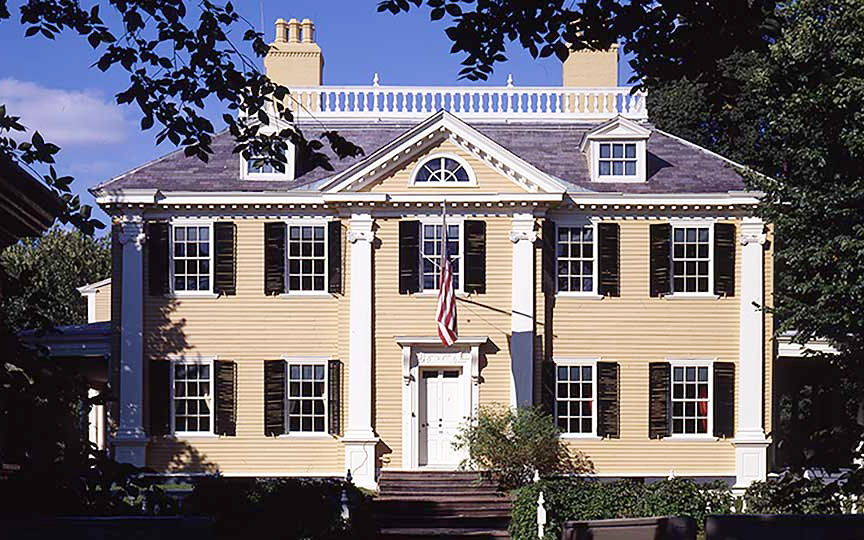 Influenced by Dutch architecture and the Palladian movement, the long-time popular Georgian style was constructed with a variety of regional differences but characterized throughout America by its square or rectangular symmetrical structure and aligned windows.

Roofs were gabled, gambrel or hipped. Usually found in Pennsylvania, the "pent" roof was built, hung from the front exterior wall without supporting posts sometimes extending across the front facade. Cornices with decorative moldings along the roof line were usually accented with dentil molding.

A paneled front door was most often centered, accented by decorative pilasters and crowned with a pedimented entablature. A transom light could be found either above the door or within the top of the door. In later years, sidelights and elliptical fanlights were added to enhance the front entry.

Northeastern Georgian building materials were usually clapboard or shingles. In the mid-Atlantic colonies brick or stone was readily available. Brick was used most often in the South.

The refined Georgian style with its classical details continue to inspire the architecture of today.