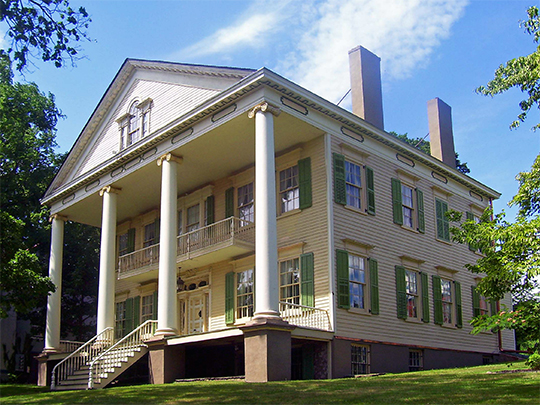 Located along the Hudson River, the city now known as Newburgh was first settled in the winter of 1708-1709 by a party of 53 Palatine refugees from the war torn middle Rhine region of Germany. Sponsored by the English government, this party included one Lutheran minister, one carpenter, one smith, one clerk and eight husbandmen, one of whom was also a vintner. Their land was eventually divided into nine large lots. In 1719, the settlers were granted a 2190-acre patent entitled the "Palatine Parish by the Quassaick," deriving its name from its proximity to the Quassaick Creek which now forms the southern boundary of the city of Newburgh. This patent formed the basis for a 500-acre "glebe" which was to be rented and administered by the trustees of the settlement for the benefit of the minister and the Lutheran Church. It also set aside 40 acres for the establishment of roads and highways.