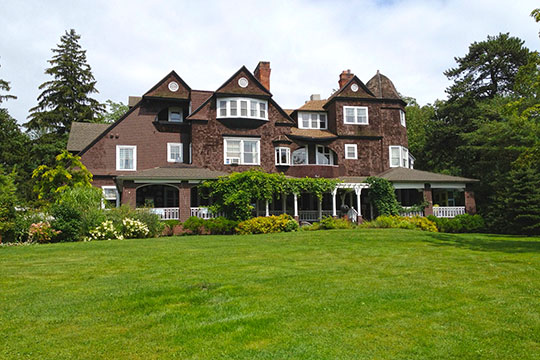 Madison County, named after President James Madison, was officially formed in 1806. Its first settlers were primarily New Englanders "going West" in the 1790's who encountered rich soil, timber, and water to power their early industries. At the time, the area was inhabited by the Oneida Indians that were part of the Iroquois Confederacy and are still very much a part of the local economy. In time, a diversity of industries developed that began with distilleries and later flour and saw mills, tanneries and textiles mills as well as foundries for farm implements and wagon parts.

Transportation played a key role in the success of industry in the county. In the early 1800's, both the Erie and Chenango Canals traversed the county and made industrial centers such as Eaton possible. Ponds and lakes that once fed the canals are still evident throughout the southern and central portions of the county as well as preserved sections of the canals. Due to the high plateau of central New York, the Chemung Canal had to be raised 303 feet from Utica to the summit in the Town of Madison through 38 locks and then drop over 700 feet on its way to Binghamton through a series of 76 locks. This was truly an early engineering marvel.