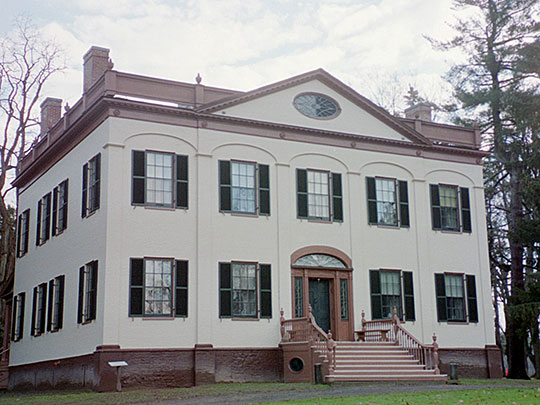 In the mid-1800s Cazenovia "settled into the mold of an established country town, prosperous, but not flamboyant." The presence of "its cool summers, pleasant scenery, and sparkling lake waters offered an ideal attraction for sweltering residents of Syracuse and the large eastern cities seeking a vacation spot." Wealthier families purchased lakeshore land and built "summer cottages." On its western edge were the larger holdings of founders and community leaders while mills and other industries developed on its eastern boundary, taking advantage of the waterpower potential of Chittenango Creek. Cazenovia's development over 200 years has changed in detail. Water-powered industries as well as railroads came and went, Cazenovia College developed and grew, and the Cherry Valley Turnpike (U.S. Route 20) became a major route across the nation. Cazenovia lakefront continuously attracted wealthy summer residents while agriculture persisted in the surrounding Town. As the population grew, the commercial area increased but remained central. Today, the town is primarily a residential community with Cazenovia Village as its quaint business center. [1]