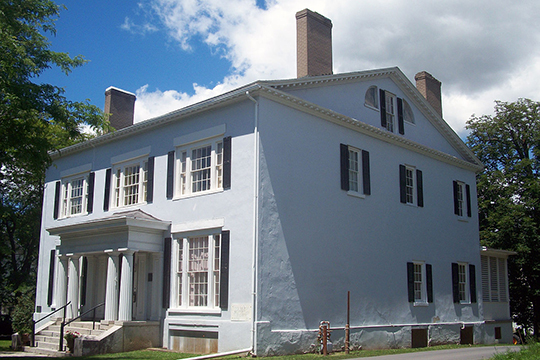 Le Roy was first settled about 1797 by Charles Wilbur who located about a mile east of Le Roy Village. He opened an inn here, selling it the following year to Captain John Ganson who moved here with his family, including 3 sons, John, James and Benjamin. The place was called "Ganson's Settlement," and the hotel was for many years considered the best on the Albany and Buffalo Road. Joseph Hewitt, Samuel Davis, a Mr. Scofield and Jesse Beach came in about the same time. Scofield was the pioneer shoemaker and Beach was the first blacksmith. [1]