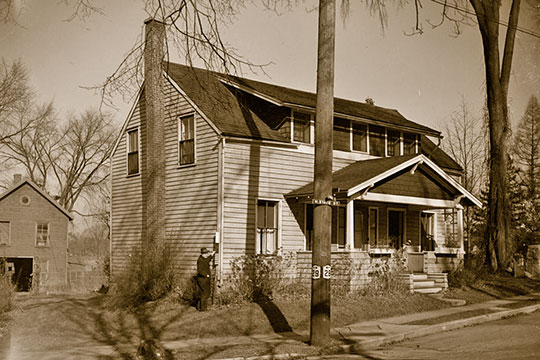 This county was formed from Montgomery, April 18, 1838. The division was prompted when citizens were unhappy with the removal of the Montgomery County seat from Johnstown to Fonda. The county lies north of the Mohawk River and east of the center of the State. It is centrally distant 45 miles from Albany and is 544 square miles in area. The Sacondaga River flows southeasterly through the northeast corner of the county.

The history of the county is intimately connected with that of Sir William Johnson and his family. At the age of 21, Johnson came to America as agent of his uncle, Sir Peter Warren, and located in the Mohawk Valley. He soon became identified with interests of that section of the colony, and a zealous promoter of its prosperity. He was appointed Indian Agent, learned the language of the natives, adopted with facility their habits when it suited his interests, and gradually acquired an ascendency over these people which his official relations served to strengthen. His successful management in the expedition to Lake George in 1755 gave him a high position in the esteem of the home [British] government, and secured for him, as a special favor, the grant of a large tract of land north of the Mohawk, as a direct gift of the king. He was also honored with knighthood. His first residence was fixed at Fort Johnson, in the Mohawk, in the town of Amsterdam; but about 1761 he removed to a new mansion, near the village of Johnstown, known as Johnson Hall.