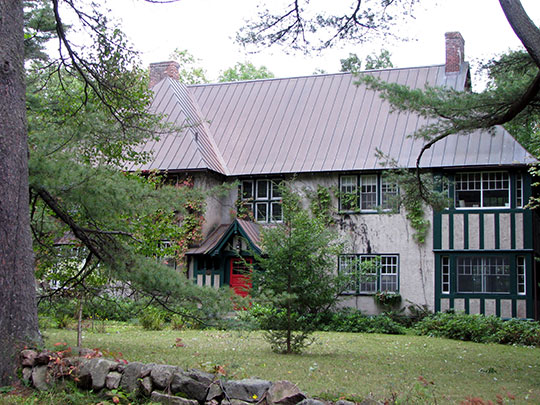 New York appropriated land in the Adirondacks in 1781 for the purpose of providing a bounty for soldiers who had served in the Revolutionary War. The area eventually became known as the Old Military Tract. The area was settled first around 1819 by Jacob Smith Moody. He settled along a road that is, today, Pine Street in the village. Other early pioneer families were Captain Pliny Miller who came from Rensselaer County, and Colonel Milote Baker.

The village lies partly in Franklin and partly in Essex counties.