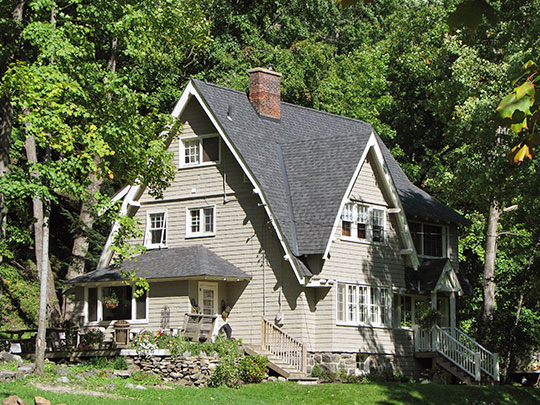 The village lies partly in Franklin and partly in Essex counties.

In 1876 Dr. Edward Livingston Trudeau moved to what would become Saranac Lake Village. The doctor, and avid outdoorsman, suffered from tuberculosis. His stay in the mountains cured him, and the basis was launched to establish Saranac Lake as a health resort.

The village was incorporated in 1892, with Dr. Trudeau as its first mayor. He created the "Trudeau Sanatorium," a network of about a dozen hotels that became known as "cure cottages." Over the years Saranac Lake had hosted many celebrated people who visited for physical and spiritual rejuvenation. These included 5 presidents, Mark Twain, Bela Bartok, Somerset Maugham, Jack Dempsey, and Al Jolson among others.