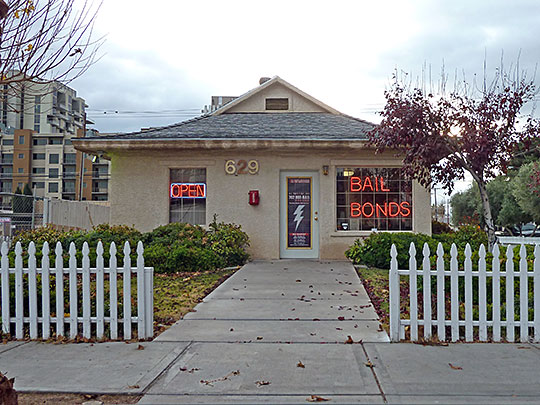 Clark County was formed in 1909 from the southern portion of Lincoln County. Its original population base was 3,321 people. The county comprises more than 7,900 square miles of diverse, scenic desert landscape, ranging from the rugged Colorado River gorge to the alpine heights of Mt. Charleston. Early growth was slow and by 1940 it had only 16,000 inhabitants. Since 1940 it has become one of the fastest growing population centers in the United States. The 1980 preliminary county census shows the population at 462,218 people with a growth rate of 69.1 percent since 1970 (U.S. Department of Commerce 1980).

Clark County had a very unstable beginning. Several different groups tried to settle the Virgin and Moapa Valleys, but the harsh elements prevailed and settlers chose to move on. In 1877 a group of Mormon settlers finally established themselves in Bunkerville and became the first inhabitants. Las Vegas, the best known city in the county, was born in 1908 when the Los Angeles, San Pedro, and Salt Lake Railroad auctioned off dozens of sage-sown lots to a land hungry hoard.

In an effort to overcome stagnation, the State of Nevada legalized gambling and the giant that is Las Vegas today was born. Total service sector is the prime economic motivator, and its dominance impacts all other areas in the economy. It directly creates one-half of all the employment in Clark County, followed by the trade, construction, and transportation sectors. All other employment sectors, excluding government, comprise 7.8 percent of the total employment. Agriculture and mining, major factors in the State economy, have a negligible impact upon the county economy.

In the 75 years since its beginning, the city of Las Vegas has grown to encompass 18 square miles. The metropolitan Las Vegas area, comprised of three incorporated towns and seven unincorporated townships, accounts for 96 percent of the total county population. The core of development is located at the junction of Interstate Highway 15 (1-15), U.S. Highway 95 (U.S. 95), and the Union Pacific Railroad.

North Las Vegas is the second largest city in the county and ranks third in the State. With an estimated 52,350 residents (Nevada Development Authority Newsletter, July 1980, Volume 9), the city is primarily a "bedroom community" with the potential of becoming a major center for industry. About 40 percent of its nearly 35 square miles is located within the industrial zone, and only a fraction of that is developed.