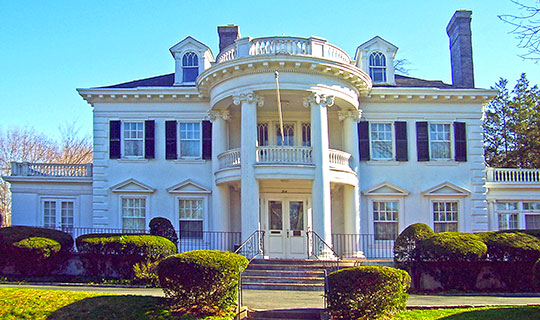 Settlers arrived in the early 1700s, most of whom were farmers and the area remained sparsely populated until the 18th century. By the late 18th century, farmsteads could be found along River Road, the Morris Turnpike, Springfield Avenue and several other roads. The vicinity known as the "Heights Above Springfield" was located on the southern slope of the first Watchung Mountain and by the early 19th century became know as "Deantown" named after the Dean family, one of the original settlers. Deantown is one of 12 historic districts.

During the Revolution the area of Summit was strategic due to its elevation. Colonials could survey British troop movements and a signal station to warn of British advances was maintained.

The development of the railroad in the late 1830s had a tremendous impact on Summit. At the corner of Maple Street and Union Place, the business district evolved beginning with William Littell's combination store, station and post office. Hotels began cropping up in 1858, however it was not until the post-Civil War period that development began in earnest. This later period saw the initiation of significant residential construction when affluent New Yorkers began to build summer residences in Summit. Eventually they would decide to make the community a permanent home. Large estates, hotels and boarding houses provided urbanities with a welcome retreat. Summit's identity became official at about this time when it was created a Township in 1869.

Through the 1850s, development in Summit was linear, along early roads between rides and over hills; in 1870s clustered development occurred in the central business district, including churches, stores and passenger and freight train stations. By 1900 houses built in fashionable Victorian styles lined old and new streets on both sides of the railroad, which bisected Summit. At this time, Summit's development included large estates and scores of houses of various sizes. Many of the estates have been lost to redevelopment, however a majority of the "turn-of-of-the-century" building stock remains.

By 1900 Summit was well established as a year-round, suburban commuter community and was incorporated as a City in 1899. Many public, religious and private institutions were established, adding to the stature and desirability of the community.

Although domiciles of every size are found in the municipality, circa 1900 Summit established its reputation as an affluent, upper middle class community of professionals, a reputation it still maintains even though not all neighborhoods are pretentious. In the early 20th century homes were constructed in fine Colonial Revival, English Tudor Revival and other 20th century revival architectural styles.

The railroad was reconstructed to be below grade in the late 1880's. After which, Springfield Avenue, Summit's "Main Street" became the site of several substantial commercial buildings and the ca. 1884 VanCise Building (Summit Opera House). Large apartment buildings were erected during this era of intense suburbanization, often at the expense of Victorian structures.