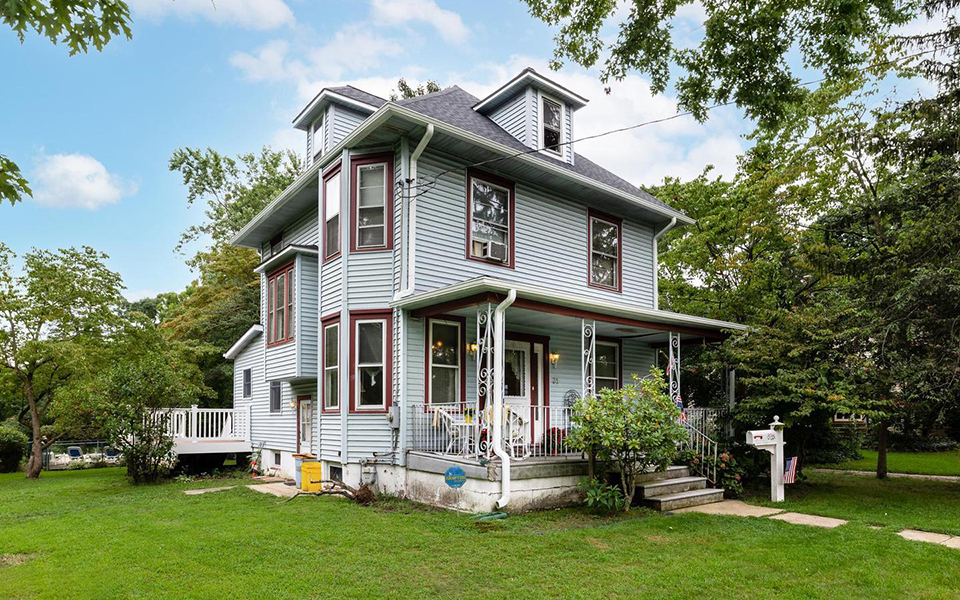 Gibbsboro was first settled around 1714 when George Matlack built a mill in the area. By 1744 Joseph Hilliard acquired the mill and a large amount of land in the area. The community developing around the mill became known as "Hilliards Mill." In 1766 the mill was purchased by John Matlack, a relative of the mills founder, George. When he died, his daughter, Hannah Matlack Gibbs inherited the holdings. The mill, on Silver Lake, was then part of Waterford Township, then a part of Gloucester County. A post office, named Gibbsborough," was established in 1844. In 1893 the name was shortened to "Gibbsboro." From 1899 to 1924 the village was part of Voorhees Township, at which time it was incorporated as Gibbsboro Borough.

In 1852 John Lucas purchased a mill on Silver Lake and made it into a paint manufacturing operation. In 1930 the Sherwin-Williams Company acquired control, and continued to operate the business until 1978. Thus, for more than 100 years, Gibbsboro's economy centered around the manufacture of paint.