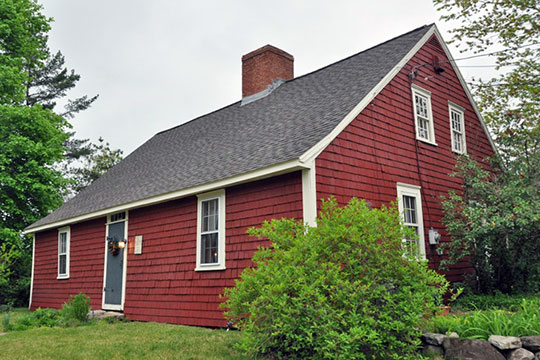 Nashua originally embraced a much larger area and was called Dunstable until 1836. In that year its population was just over 5,000 inhabitants. The area was for a long time a frontier town and the first settlers were often at war with the Indians. The land belonged to Massachusetts until the divisional line between that state and New Hampshire was settled in 1741. It was incorporated by New Hampshire on April 1, 1746. The name was not changed to Nashua until 1836.