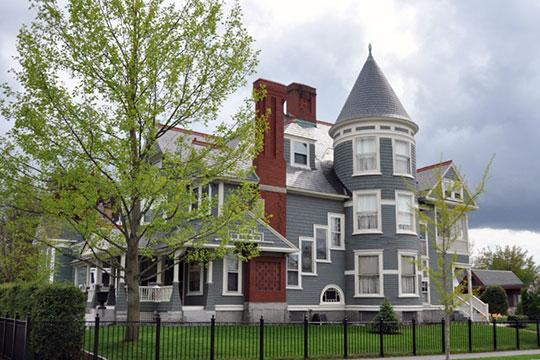 Manchester is the county's most important city, located in the eastern part of the county, and mainly upon the eastern side of the Merrimack River. Incorporated in 1751 (then called Derryfield), it was settled as early as 1736 by Archibald Stark (father of General John Stark) and others. In 1775, the town contained only 285 inhabitants. The present population [1881] is nearly 30,000].