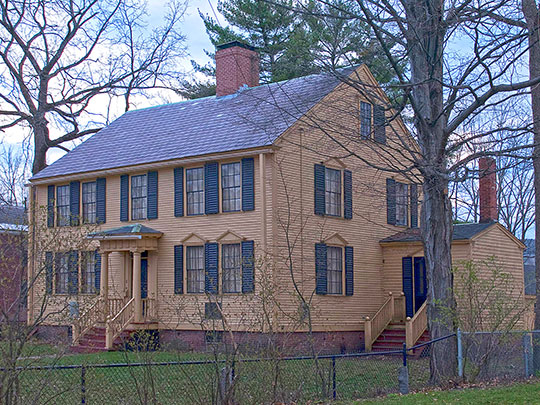 One of the principal townships in the county of Cheshire, was incorporated in 1752, and in 1810, contained 1646 inhabitants. The Ashuelot river passes through the town and receives here the eastern branch of Beaver Brook. In 1817 Keene contained a very handsome village of about 60 houses, a meeting house, gaol, and several stores. About a mile from the village a canal is cut from Ashuelot River on which is a woolen factory, oil mill, and several other mills.