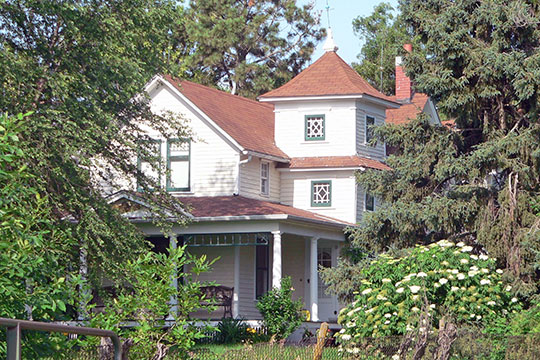 The organization of Lancaster County occurred over several years. The framework for a territorial government in the county was set up in 1856, the county was surveyed the following year, and officials were elected in 1859. County officials selected a site on Salt Creek for the seat of county government and gave the town, and eventually the county, the name Lancaster, likely after the county of the same name in Pennsylvania. When Lancaster was selected to be the state's capital city in 1867, it was renamed Lincoln in honor of President Abraham Lincoln.

The City of Lincoln developed as a regional trade and commercial center in the 1870s, but much of the land around it was devoted to farming. Lincoln continues to expand and now occupies nearly ten percent of Lancaster County's land area. Most of the arable land outside the city is still devoted to agricultural production.

Early pioneers and speculators ventured into Lancaster County hoping to stake claims to saltwater springs and agricultural land. The first settlers arrived in 1856 and laid claims along Salt Creek and its tributaries. However, the salinity of the water was not sufficient to make salt production profitable, and the availability of cheaper salt by railroad eventually forced the abandonment of the salt industry in the county.

The Homestead Act of 1862, with its guarantee of free land for those who lived on it for five years, attracted an influx of immigrants to Lancaster County. Land claims through the Pre-Emption Law, the Homestead Act, and the Timber Culture Act resulted in the allocation of much of the rural land in the county into private ownership between 1860 and 1900. In addition, railroad companies attracted many early settlers by promoting inexpensive land for settlement. By 1910 Lancaster County's population had reached nearly 74,000. Although many settlers came from Midwestern and Southern states, others were foreign-born, which added to the early ethnic diversity of the county.

Railroads played an important role in the development of Lancaster County and its communities. Beginning in 1869, four railroads began constructing lines in Lancaster County, with Lincoln as the center of activity. As the rail networks expanded outside Lincoln, new communities were platted along the lines and established communities flourished. The rail lines allowed for the transportation of goods to and from Lancaster County communities, and by 1888 allowed Lincoln to develop into a significant transportation hub with connections to St. Louis and Chicago.