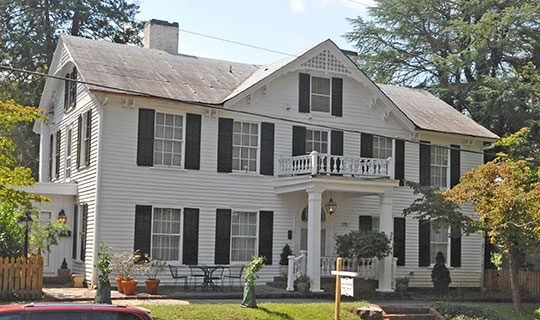 The Hillsborough Historic District was first listed on the National Register of Historic Places in 1973.

The Hillsborough Historic District [1] encompasses two and one-half centuries of architectural resources including representative examples of the many architectural styles that reflect that broad time frame. From Georgian and Federal style buildings dating to the late 1700s to suburban Ranch houses from the 1950s, the district presents a visual history of Hillsborough's development. Both the commercial/institutional core of Hillsborough and the surrounding residential neighborhoods are included in this expansive historic district. Beyond the principal buildings, the context and setting created by the district landscape and a variety of outbuildings, such as detached kitchens, carriage houses, garages, sheds, stables, smokehouses, and barns, also contribute to the special character of Hillsborough's historic district.