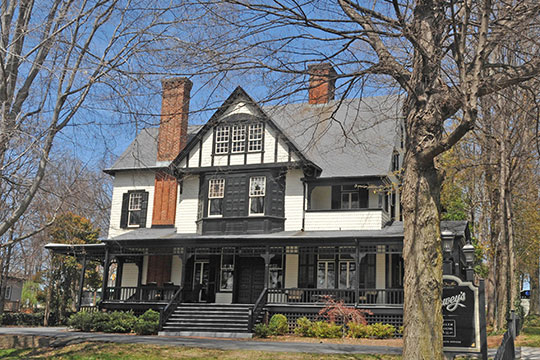 Forsyth County began as a Moravian settlement in 1753 when Bishop August Gottlieb Spangenberg acquired a hundred-thousand acre tract of land from Lord Granville, one of the lord proprietors of North Carolina. The Moravians called their land Wachovia after the Austrian estate of Count Nicholas Lewis von Zinzendorf, an early protector of the Moravian Church.

After the two settlements of Bethabara and Bethania were established, the Town of Salem was begun in 1766 as the central town in Wachovia. Salem grew rapidly both as a religious center and as a center for crafts and trades.

In 1849, the North Carolina Legislature created the new county of Forsyth out of part of Stokes County. In 1851, the town of Winston was named as the County seat. The courthouse square was laid one mile north of Salem Square with plans for the streets of the two towns to run together.

Forsyth County was named in honor of Colonel Benjamin Forsyth, a respected landowner in Stokes County. Colonel Forsyth distinguished himself in heavy fighting during the war of 1812 at Odelltown, Canada, where he was mortally wounded.