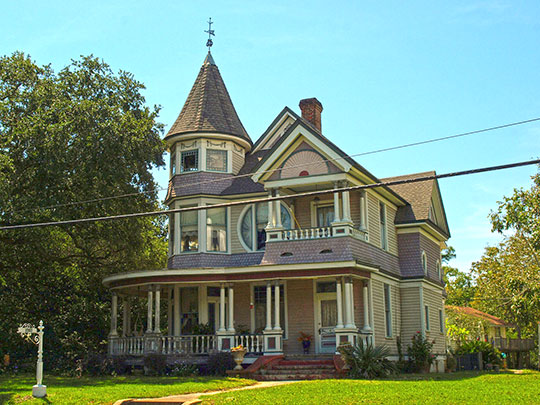 The word Pascagoula means "bread nation" (or 'bread eaters') and was the name of the tribe of Indians that originally inhabited this region. An old narrative of M. Penicaut (who formed one of the original French colonies in 1699 at Old Biloxi) "coasting along in an easterly direction from Biloxi we found a wide bay called the Bay of the Pascagoulas. Within this bay there flows a river, upon the borders of which the Pascagoulas are established."

By 1907 the city had a telegraph, express, telephone, banking services, electric lights, an ice plant, a street railway and a waterworks. The Scranton State Bank was established here in 1892. Several newspapers had been established beginning about 1897. The Pascagoula River was an important transportation artery serving the lumber industry. In addition to the booming lumber and lumber-related businesses, the town had grist mills and ship yards.