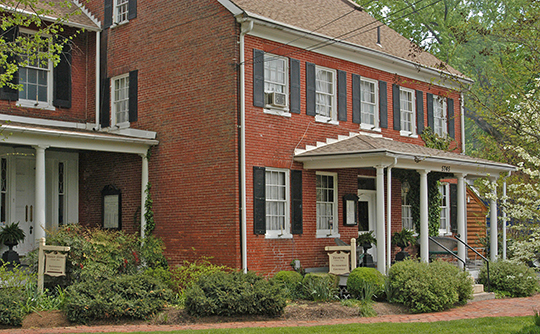 Elkridge, an unincorporated community and census‑designated place, is the oldest settlement in Howard County, founded in the early 18th century.

Elkridge is a residential and trading center for farmers. As colonial Elk Ridge Landing, the towns shipped large quantities of tobacco, grain and timber. Agents were stationed here to assess the tobacco and to carry on other port functions. In 1765 the inhabitants hanged in effigy Zachariah Hood, Stamp Act agent for Maryland. Although tobacco trade decreased considerably during the Revolutionary War, forges and furnaces were busy here producing arms for the Continental Army. In 1781 Lafayette's troops camped at the landing for two days on their way to engage Cornwallis in Virginia in the final campaign of the War.