Photo: William H. Cary House, one of many he owned, Medway Village Historic District, Medway, MA The historic district was listed on the National Register of Historic Places in 1975. Photographed by user:John Phelan (own work), 2010 [cc-by-3.0 (creativecommons.org/licenses/by/3.0)], via Wikimedia Commons, accessed October, 2015. 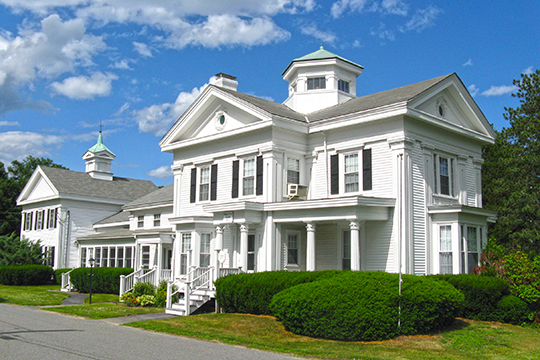 Medway was settled in 1657 and incorporated in 1713. It is a quiet manufacturing center on the north bank of the Charles River, surrounded by meadowlands and wooded hills. The town lands were set off in 1713, but their seclusion from the rest of the Commonwealth is revealed by Medway's reluctance to send representatives to the General Court for 13 years. In 1763, however, the first known census in Massachusetts was taken here, and during the Revolutionary War the town took an active part in boycotting British goods. Shoe, needle, and textile factories remain of a long list of plants formerly including straw bonnet-making, carpet-weaving, organ-building, and an important bell foundry, one of the oldest in the United States.