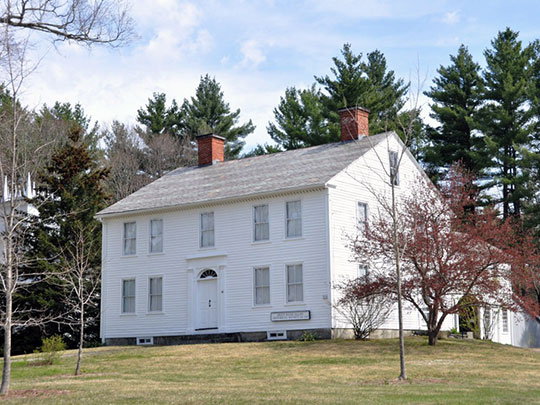 New Salem was first settled about 1737 and incorporated in 1753. It was named for Salem, because the original proprietors were residents of that town. After the Revolution, agriculture and lumbering flourished, and by 1820 New Salem had a population of 2,146. Stagecoaches running between Brattleboro and Worcester made the town a center of trade. With the building of railroads, however, it was gradually isolated and its population decreased rapidly. At present, fruit-growing and the cultivation of raspberries comprise the principal occupations. Miss Sophia B. Packard and Miss Harriet E. Giles, natives of New Salem, in 1881 organized the Spelman Seminary for Negro Girls in Atlanta, Georgia.