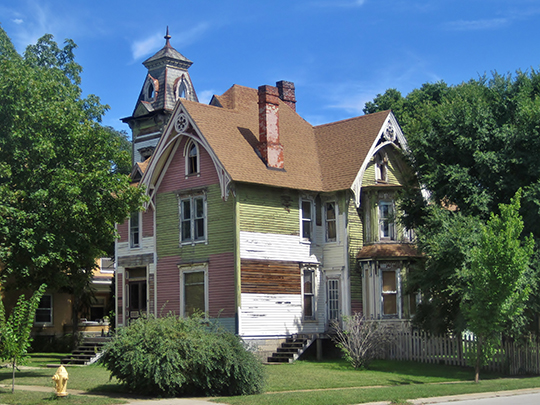 Rockford's first local historic district, Haight Village includes the area bounded by South Madison, Walnut and Kishwaukee Streets and, to the south, the railroad. This area formed the southeast corner of the newly incorporated Rockford in 1839 and is the only section of the original square mile settlement to remain intact as a residential area. It was Rockford's most fashionable neighborhood in the late 19th and early 20th centuries. Taken as a whole, the architecture of its homes provides a visible record of Rockford's growth from a small settlement to a late 19th century industrial city. The style and scale of the homes range from modest Gothic and Greek Revival homes that are the District's oldest structures, to the flamboyant Queen Anne homes of the 1890s that were built as a visible expression of their owners' economic success. It also includes a few homes that were built outside this period, including one Lustron home, as well as religious and institutional uses. [1]

The Haight Village Historic District was listed on the National Register of Historic Places in 1987.