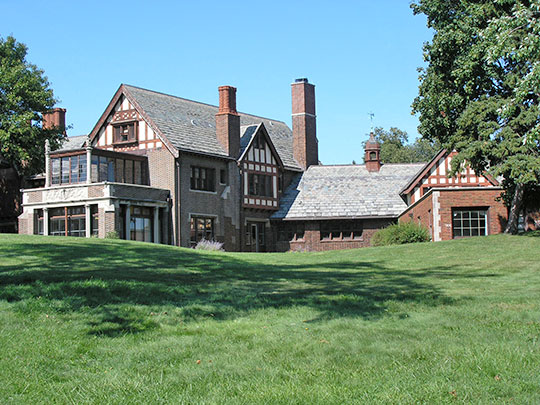 Frank Osgood Butler began acquiring land along Salt Creek in 1898. His son, Paul, was largely responsible for Oak Brook's development as an affluent suburb. Paul began investing in neighboring farmland during the 1920s. Individuals began building homes on small parcels. In the 1930s, local homeowners, together with some farmers, established a community club which began to assert the area with its own identity, separate from Hinsdale and Elmhurst. Butler continued to accumulate land and developed what becam a nationally renowned golf club and polo club. The Village was incorporated in 1958 at which time Butler owned much of the property within the municipal boundary. In 1962 the Marshall Field Company opened the Oakbrook Shopping center which quickly became the commercial center of the village. During the 1960s a number of nationally prominent corporations (Armourh &ampl Company, Eastman Kodak, McDonalds and others) opened offices in Oak Brook. Several luxury residential subidivisions were built in the 1960s. [1]