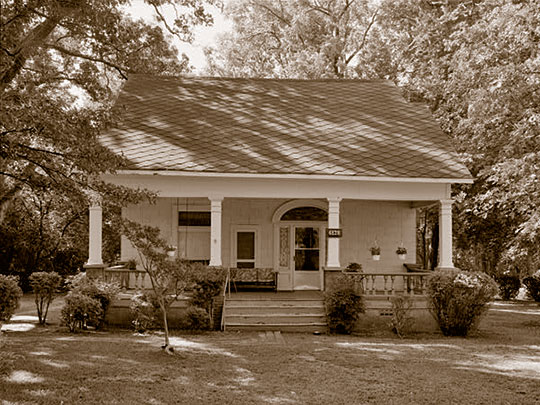 A portion of College Park is located in Clayton County.

This totally planned community was originally established in 1890 as the city of Manchester, a manufacturing town. In 1895, Cox College and Conservatory, also known as Southern Female College, moved to Manchester from La Grange in Troup County Georgia. A year later in 1896, the town was renamed College Park since it was not only the home of Cox College, but also Southern Military Academy. The new name was actually a result of contest held by city officials. Lula Roper not only had her submitted name chosen, but also received a choice lot. [1]