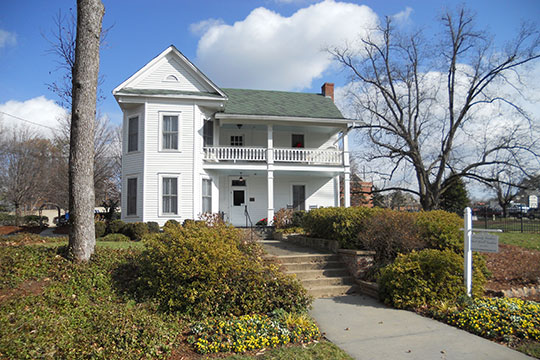 The community of Dunwoody, Georgia officially became the City of Dunwoody on December 1, 2008. Located in the heart of the Metro Atlanta Region along Interstate 285, Dunwoody is vibrant community with a mix of retail, commercial and residential activities that make it an attractive destination for young and old alike. Dunwoody is home to a MARTA rail station and major retail establishments in the Perimeter Center area, as well as, the Atlanta Journal-Constitution and the American and the corporate offices of Intercontinental Hotels Group. Dunwoody is an easy commute to downtown Atlanta, but also maintains a suburban feel that is attractive to those who desire life at a slower pace. [1]

The City is named for Charles Alexander Dunwoody [1828-1905] who was one of the founders of the cotton mills at Roswell. Original spelling was Dunwody.