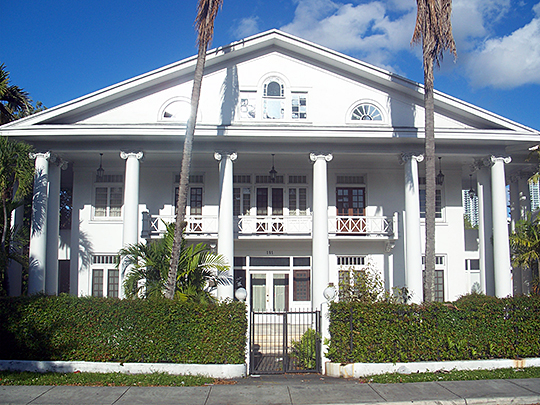 Miami is located in the southeastern part of Florida along the shores of Biscayne Bay. This sub-tropical city extends farther south than any other part of the mainland United States and is within one degree of the tropics ...

Early settlement in Miami occurred along Biscayne Bay at the mouth of the Miami River. The Tequesta Indians had a camp there, and later pioneers established trading posts in the same location. The original city of Miami was developed along the banks of the river. Although the river facilitated the original settlement, it was the arrival of the railroad in 1896 that created the city.

The city of Miami expanded in a northerly and southerly direction. Development in the city occurred along the railroad, the Miami River, and the ridge located north of the river along Biscayne Bay. Expansion to the east was limited until work began on the Everglades drainage project.

The city's original limits encompassed an area of about two square miles, with the north bank of the Miami River as the focal point. The city limits extended approximately one and one-half miles north and south, and one mile east and west. The blocks were laid out in a grid and were longer east-west than north-south. Streets running east and west were designated by numbers beginning with First Street at the northern limit. North-south streets were called avenues beginning with Avenue "A" one block west of Biscayne Bay. Twelfth Street was designated as the main street and business center, but the Boulevard, which followed the shores of the bay, was the lure for tourists.