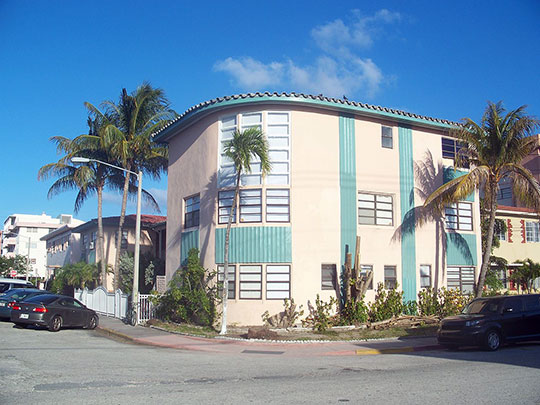 Miami Beach was born in the mind of farmer/developer John S. Collins [1837-1928] who spearheaded the construction of the Collins Bridge across Biscayne Bay from Miami to what is now Miami Beach. Funding for the final completion stage of the bridge came from Carl G. Fisher, an auto parts magnate, in 1911. Fisher settled the obligation of $50,000 loaned to Collins for 200 acres of land in the new development venture. Opened in 1913, the toll bridge was, at the time, the longest wooden bridge in the world. Collins and Fisher became very wealthy as developing entrepreneurs of Miami Beach. [en.wikipedia.org, accessed August, 2014]