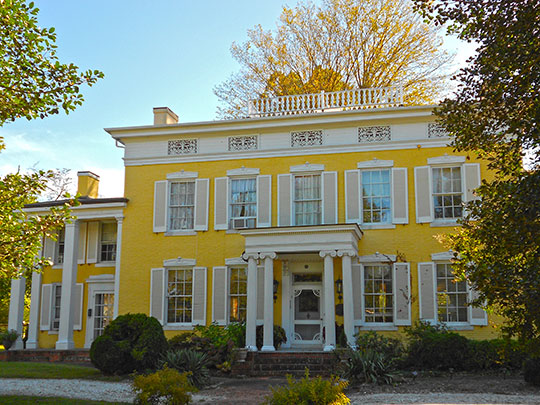 The Victorian South Milford Historic District [‡] was listed on the National Register of Historic Places in 1983 as part of the Milford Multiple Resource Area.

The Victorian South Milford Historic District is bounded on the north by the Mispillion River and extends south toward the railroad tracks laid in 1859 for the Junction and Breakwater Railroad and now controlled by Conrail. South Walnut Street is the center line of the district and the east and west boundaries extend about one block on either side of this line. The northern-most part of the district includes part of Milford's main business district, while the rest is residential except for a church and two government buildings. The land is fairly level, though it does rise as it moves south away from the river. The surrounding area is primarily residential. S. Walnut Street functions as the north/south axis of the historic district. This street includes the majority of Milford's business district, as well as most of the examples of the post-1870's building boom in South Milford. The Mispillion River is the northern boundary, while the tracks of the railroad line mark the southern extent of the historic district. The western boundary includes the surrounding acreage of the Causey Mansion, as well as a series of early-twentieth-century houses that contain elements of Classical Revival style. The eastern limit of the district maintains the integrity of the S. Walnut Street properties, as well as including a series of mid-nineteenth-century vernacular structures on Washington Street. The properties outside of the historic district have been significantly altered from their original appearance, or are of a later period and do not contribute to the historic district. The total area included within the district is 28 acres.

The homes in this area tend to be somewhat larger than those in North Milford. 19% of the buildings within this historic district were built between 1870 and 1890. Most of these are dwelling houses. Commercial structure account for 25% of the district's buildings.