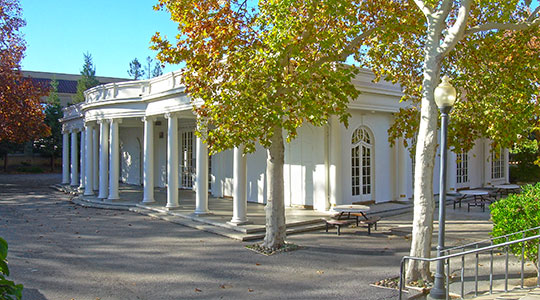 The origins of Cupertino [1] are tied to the 1776 expedition of Juan Bautista de Anza, who brought settlers to Alta California from New Spain during the decade following initial European-based explorations of the West Coast under Spaniard Gaspar de Portola. De Anza's cartographer named the local creek after St. Joseph of Cupertino; the name remained associated with the area over the next 75 years of rule under Spain and Mexico. The western portions of Santa Clara Valley remained the outlands of Mission Santa Clara de Asis during the pre-American period, although by the late 1840s, the then Mexican Governor of California had granted a large rancho named Quito in the western part of valley. Quito Rancho was subject to a patent claim during the Early American period, with title cleared to the original claimants in 1866.