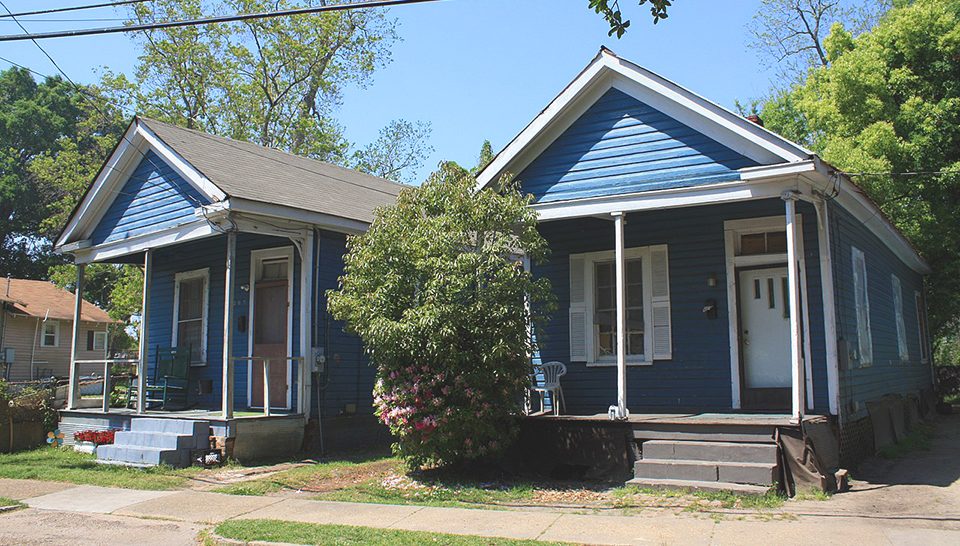 A Shotgun House [†] is a narrow dwelling typically only one room wide where the rooms are aligned one behind another with no hallway. The term "shotgun house" is often said to come from the saying that one could fire a shotgun through the front door and the pellets would fly cleanly through the house and out the back door (since all the doors are on the same side of the house).

Several variations of the basic shotgun form exist, including the "camelback," which has a two-story section at the rear of the house, and the double shotgun, where two shotguns are joined and share a central wall. Shotgun houses were built most commonly from the 1850s to the 1920s, and may have elements of any architectural style popular at the time applied to the basic shotgun form. For example, a shotgun built in the 1870s may have Italianate window hoods, while a 1920s version may have a Craftsman-influenced porch.