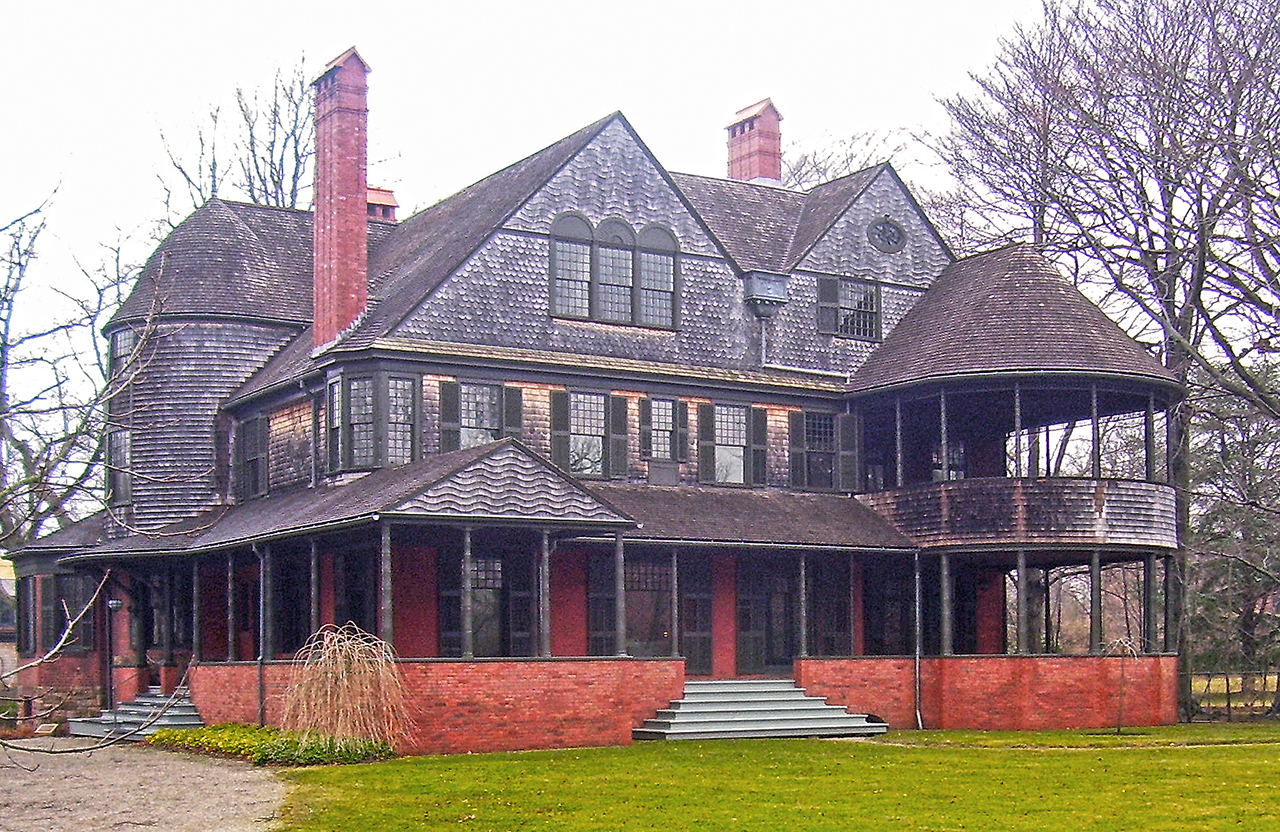 The Shingle style was an adaptation of three other contemporaneous styles: the Queen Anne, the Colonial Revival, and the Richardsonian Romanesque. The style emphasized an irregularly shaped form wrapped within a smooth, uniform shingled surface while de-emphasizing ornamentation around windows, doors, or cornices. Identifying features include steep-pitched roofs with cross gables and multi-level eaves, large porches, and towers that are only partially developed from the main body.