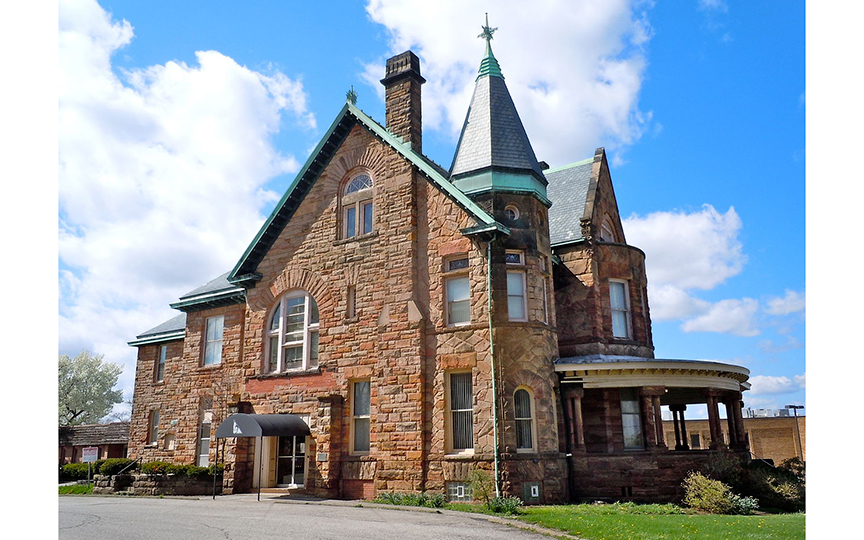 In the mid 19th century, American public and commercial buildings were sometimes modeled after the European Romanesque style (Romanesque Revival). It was later in the 19th century when Henry Hobson Richardson implemented some of the Romanesque style while using Syrian-type arches and self-inspired unusual stone shapes to create a unique house style. This style became known as "Richardson Romanesque." First built in the northeast, this design can be found throughout the United States but more frequently seen in larger cities. Due to the expensive construction cost of the solid masonry designs, private homes of this type were generally only for the wealthy. Row homes were built as well, using brownstone or Roman brick with terra-cotta enhancements.

Roof types varied, but the most common were hipped roofs with multi-gabled dormers, much like the asymmetrical shape of the Queen Anne style.

A typical Richardson Romanesque characteristic includes rounded arches over porch supports, entry ways, or windows. Most often these arches were set on squat columns or massive piers or sometimes built directly into the wall. Arches were enhanced by masonry voussoirs (wedge-shaped cut stone).

Another identifying feature includes one or two rounded, squared or polygonal shaped towers with conical roofs.