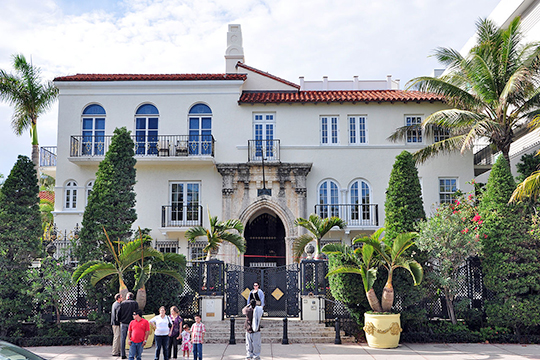 The Mediterranean Revival style (also known as Spanish Colonial Revival) finds examples across the country, notably in Florida, California, Arizona and Texas. Contemporary architectural historians have differed in their choice of names for this Florida phenomenon, but all agree that Florida’s Mediterranean Revival demonstrates an eclecticism that capitalizes on a number of design traditions.

In an article entitled “The New Mediterranean Architecture of Florida” by Matlack Price, published in the June 1925 edition of House Beautiful, the author describes the style that became the pre-eminent choice for buildings in Florida during the Land Boom of the 1920s. He begins by describing the Spanish-derivative forms in California, specifically refers to Mission Revival, and then continues to Arizona and Texas to describe Pueblo designs.

Virginia and Lee McAlester in their book, A Field Guide to American Architecture, begin their explanation with a section entitled “Eclectic Houses 1880–1940.” They then name variants of what has been generically called Mediterranean Revival. They include the following styles: Italian Renaissance, Mission, Spanish Eclectic, Monterey, and Pueblo Revival.

In South Florida, historians are comfortable with the stylistic identity of Mediterranean Revival as a commingling of inspiration from the countries that border the Mediterranean Sea, including Spain, Italy and the Northern coast of Africa, with its rich Moorish heritage.