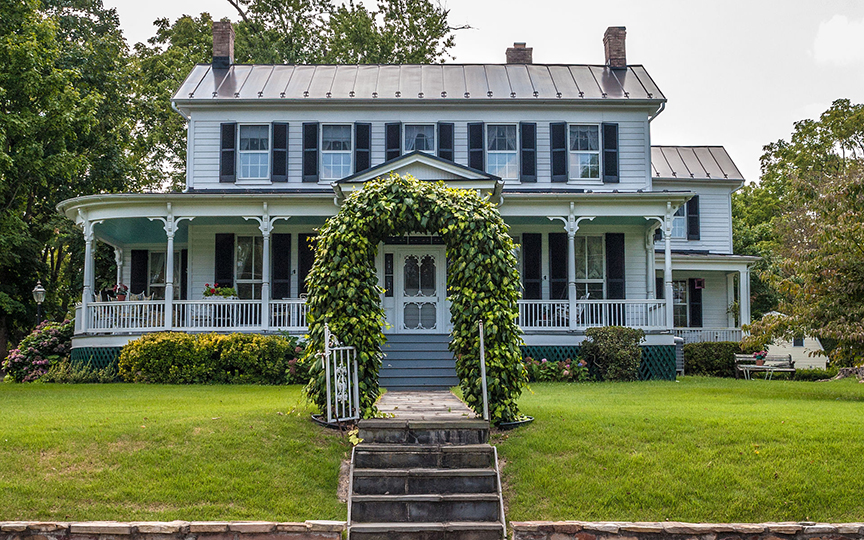 Photo: Designed in the Folk Victorian style and built sometime between 1871 and 1876, Janney Hill (15 West Colonial Highway) is one of only two houses of similar architectural style in the Town of Hamilton, located in central Loudoun County, Virginia, and the only examples of this style in the immediate area. Janney Hill was listed on the National Register of Historic Places in 2004. Photographed by User:Cecouchman (own work), 2013, [creativecommons.org/licenses/by-sa/3.0/deed.en] via Wikimedia Commons, accessed June, 2014.

The Folk Victorian [1] was a confluence of several styles: Carpenter Gothic, Italianate as well as remnants of Federal. Janney Hill is an excellent representation of this the Folk Victorian Style with its symmetrical facade, the presence of decorative sawn woodwork detailing, turned porch columns, and lattice trim on the relatively simple frame. The influence of American designer Andrew Jackson Downing [1815-1852] and, architect Alexander Jackson Davis [1803-1892], prompted exploration after the Civil War of more exotic exterior detailing and building plans that broke away from the general trend of symmetry.