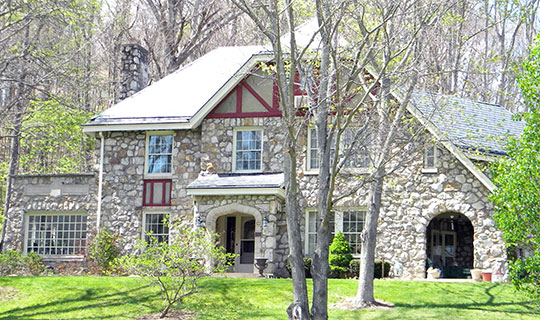 Bluefield was incorporated in 1889, following the extension into the region of the Norfolk and Western Railroad. In 1888, the first shop facilities of the, railroad were established at Bluefield, and Bluefield was established as the division point of the railway. The general offices of the Norfolk and Western Railroad were moved to the company's Bluefield Inn in 1909. An important factor in the choice of Bluefield as the site of the railroad's shops and yards is that Bluefield, with an elevation of 2557 feet, is the top of the mainline from Columbus to Norfolk, and this permitted gravity switching in either direction. The railroad that opened the Pocahontas coal fields in the 1880s, saw its coal traffic of 1900 double that of 1889, and by 1910, it was seven times as great as that of 1889.

The population of Bluefield grew rapidly from 1889, and the City Fathers issued a bond for twenty-five thousand dollars to finance the purchase of a lot (from Sudduth and Tyler) and to build a city building. In 1892, the lot at the corner of Bland and Ramsey Streets was secured (same site as the Old Municipal Building) and a red brick building was erected by contractors Murrell and Wilson. Though it served Bluefield well with its auditorium, police court and fire department, the city government's rapidly expanding needs required more generous quarters. The building was razed in October 1923, and replaced a year later with the present building.