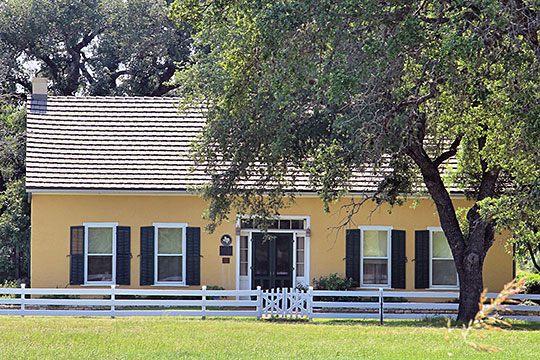 Following Mexico's independence from Spain, Anglo-Americans from the United States settled in Texas in 1821 and claimed Mexican citizenship. In 1825, Guadalupe County was part of Green DeWitt's petition for a land grant to establish a colony in Texas, which was approved by the Mexican government. From 1827 to 1835, twenty-two families settled the area as part of DeWitt's colony.

Following Texas's independence from Mexico (1836), 33 Gonzales Rangers and Republic veterans established Seguin. Founded as Walnut Springs in 1838, the settlement's name was changed to Seguin the next year to honor Juan Nepomuceno Seguin.

In 1842, the Republic of Texas organized Guadalupe County as a judicial county. The Texas Supreme Court declared judicial counties to be unconstitutional. Following the annexation of Texas by the United States (1845), the state legislature established the present county from parts of Bexar and Gonzales counties.