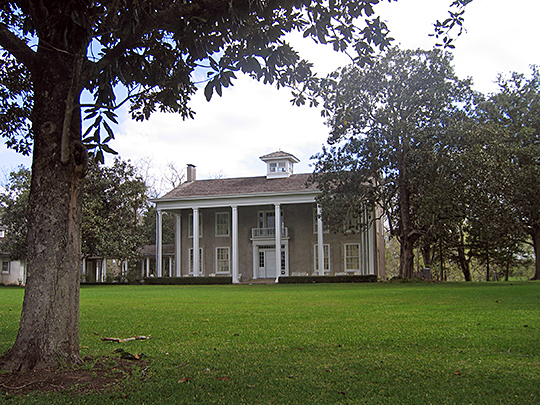 Brazoria County was created in 1836 as one of the original counties and was named for the Town of Brazoria. The county was organized December 20, 1836 with Brazoria as the county seat. In 1897 Angleton became the county seat and remains so today. The first of Stephen F. Austin's authorized 300 settlers in what was then the State of Coahuila, Mexico, arrived at the mouth of the Brazos River in 1821. Many of the events leading to the Texas Revolution occurred or developed here. Santa Anna signed the famous Treaties of Velasco which effectively granted Texas its independence and led directly to the consolidation of the United States' continental empire, where those first settlers arrived in 1821. Brazoria's county motto is Where Texas Began. [1]