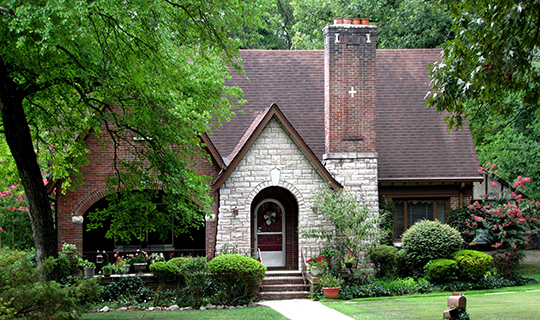 The Lindbergh Forest Historic District [1, 2] is comprised of Tudor Revival, Mission, and Bungalow style homes. Tennessee Marble can be seen in the construction and ornamentation of several of the homes, which date from the ca. 1929-1947. Not unlike Sequoyah Hills, with its curvilinear streets, Lindbergh Forest is a fine example of an early automobile suburb. Lindbergh Forest was developed by Vic McLean and originally was inhabited by entrepreneurs and civic leaders.

Two circa 1947 Lustron houses are found in the neighborhood; on Chamberlain Boulevard and Glenhurst Drive. Some lamp posts, designed to resemble colonial-era gas lights, remain at various locations.

The Lindbergh Forest Historic District was listed on the National Register of Historic Places in 1998.