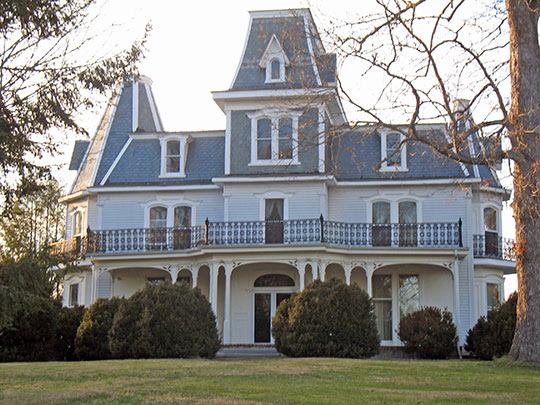 European settlement in the county began during the early 1800s in the coves and the Collins River valley and then in Beersheba Springs, located in the northern section of the county. The fertile valley provided excellent land for agriculture. Corn, wheat, clover, cotton, and tobacco were cultivated. Natural features of Beersheba Springs, situated on the plateau, include iron springs and a moderate summer climate. Pelham, located near the southwestern border of the county, was settled in about the 1830s. In 1844, Grundy County was established with centrally-located Altamont named the county seat.

Many streams and creeks traverse Grundy County. The tributaries of the Cumberland River that flow through the western part of the county are the Elk River and its branches. In the north and east, the Collins River flows and in the south, Battle Creek and the Little Sequatchie River (both tributaries of the Tennessee River) flow. Ridges and bluffs that lie between the streams are especially pronounced in the area southeast of Monteagle. Streams generally flow along a low slope until they reach the edge of the plateau, resulting in numerous water falls. A large part of the county is forest land.

In 1850, Grundy County had a population of 2,773. The arrival of the railroad in the late 1850s resulted in the beginning of commercial coal mining in Grundy County. Tracy City, in the heart of the coal fields, would eventually become the largest community in the county. A rapid and efficient transportation system that could move large amounts of coal was essential to the development of the mining industry. Each time a mine was opened, a branch line would be extended into the vicinity and commercial and residential development would occur. Grundy County is a part of the Appalachian coal field which extends 875 miles through western Pennsylvania, eastern Ohio and Maryland, West Virginia, eastern Kentucky and Tennessee. In Tennessee, this coal field covers Scott, Morgan, Cumberland, Fentress, Van Buren, Bledsoe, Grundy, Sequatchie, Marion, Claiborne, Campbell, Anderson, Rhea, Roane, Overton, Hamilton, Putnam, White, Franklin, Warren, and Coffee counties. Within twenty years, coal mining and coke manufacturing became the major industries in the county.

Grundy County contains several interesting and scenic natural features. Stone Door, in the northern part of the county, is a 150 foot tall natural stone opening on the plateau near Savage Gulf. This area contains rock shelters, caves, waterfalls, creeks, sheer cliffs, and some virgin forest. A state park was established in the late 1930s along the Big Fiery Gizzard Creek, and Grundy Lakes were created in 1938-1939. Some of the park land was donated by the Tennessee Coal and Iron Company and several coke ovens are included in the park. Today, much of these forest and scenic lands are part of the South Cumberland State Recreation Area. Approximately 12,000 acres in Franklin, Grundy, and Marion counties are included in the recreation area. Another interesting natural feature in the county located between Monteagle and Pelham is Wonder Cave. The cave is at least seven miles long with one passage of solid onyx. There are three levels of cave with widths ranging from 30 to 100 feet. A portion of it is being nominated as part of the Wonder Cave Historic District.