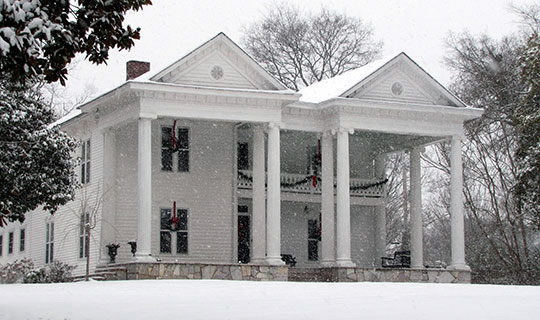 The first settlement in the area that was to become Maryville was Fort Craig. It was built in 1785 for protection from Indian attacks. A church was established in 1786. Maryville itself was created in 1795, at the same time Blount County was established. The city is named for Mary Grainer Blount, the wife of Governor William Blount [1749-1800]. Blount was influential in establishing statehood for Tennessee and served as a U.S. Senator from 1796-1797 at which time he was expelled for treason.

By 1850 Maryville had approximately 500 residents. Much of the town was destroyed by the Confederacy in 1864. The Knoxville and Charleston Railroad came to Maryville in 1868 and a branch of the Louisville and Nashville Railroad was completed to the city in 1906.