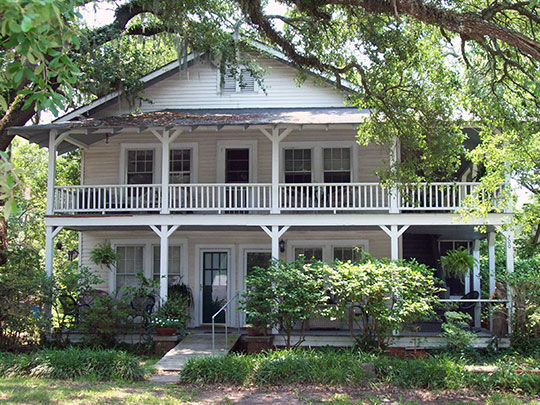 Myrtle Beach is a man-made island, separated from the mainland since 1936 by the Intercoastal Waterway.

Named for its thick grove of myrtles, Myrtle Beach is South Carolina's largest seashore resort. With the Gulf Stream only about 40 miles seaward and sand dunes landward lending protection, the climate is equable throughout the year and the town has evolved from a summer colony into a year-round pleasure place. The northern end has attractive, substantial houses in sodded lawns and bright gardens; the southern end, clustering around the pavilion, the village stores and the various concessions, is a miniature Coney Island.

Within two miles of the town, in an area of less than 10 acres, more than 100 species of plants have been officially cataloged. The yaupon, or cassine holly, growing here in profusion, furnished the Indian with his ceremonial drink; near Charleston, tea is still made from this plant. These evergreen shrubs are laden in winter with scarlet, waxy berries that attract cardinals and mockingbirds when other food is scarce. Candles were made from myrtle berries.