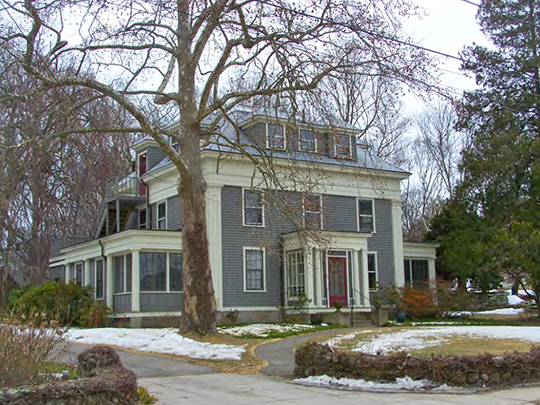 In pre-colonial times the Westerly area was home to the Pequot, Niantic, and Narragansett tribes. The first European settlers arrived in 1648. By 1660 the Native Americans had conveyed to the colonists a tract of land twenty miles along the coast and ten miles deep into the interior, which included what is now Westerly and parts of Charlestown, Hopkinton and Richmond. The area was then known as "Mishquamicuk" or Misquamicut, a native word which denoted "land of red fish" or salmon. The town of Westerly was incorporated in 1669 and the current legal boundaries were established in 1757, by which time Charlestown, Richmond, and Hopkinton had been separated from Westerly. The town's boundaries are the Pawcatuck River, which separates Westerly from Connecticut on the west, Fishers Island Sound and Block Island Sound on the south and the boundaries of Charlestown and Hopkinton on the east and north.