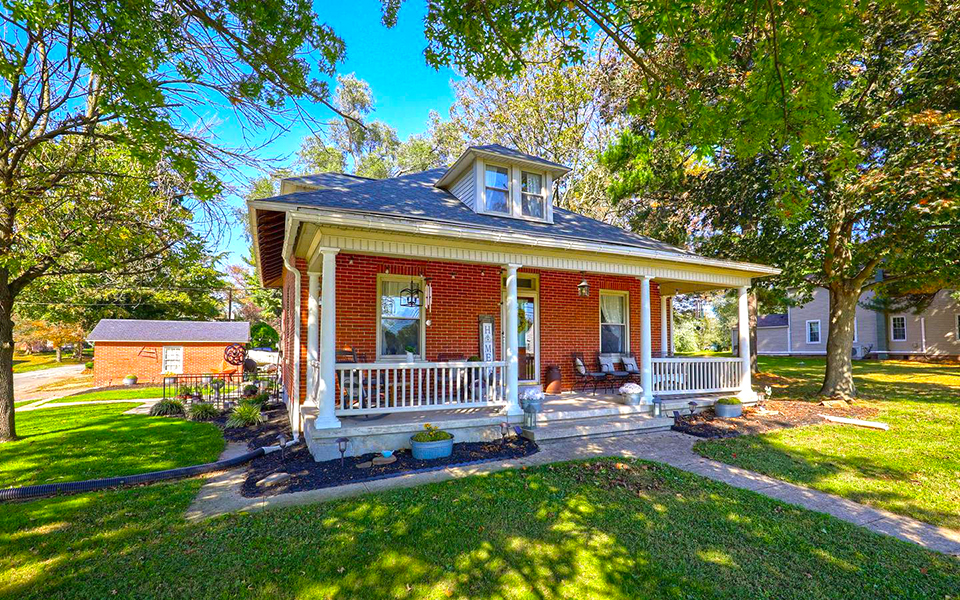 Manor is an original township, and it contained the entire area of Conestoga Manor, for which it is named. It enjoyed the enviable reputation of being the wealthiest and most populous township in the county, but this honor has now passed to Manheim. Conestoga Manor was surveyed and laid out in 1717-18, together with tracts owned by Provincial Secretary James Logan, and John Cartlidge, an Indian trader of that region. A native boulder of picturesque chloritic rock, to which is attached an inscribed bronze tablet, was erected by the Lancaster County Historical Society and the Pennsylvania Historical Commission, September 12, 1924. On this occasion the ceremony was in charge of Hon. Henry W. Shoemaker and Dr. Herbert H. Beck, and the historical addresses were delivered by David H. Landis, Daniel F. Magee and Albert Cooke Myers. The occasion was attended by Hon. William C. Sproul, Governor of the Commonwealth. Historic Turkey Hill extends along the Susquehanna River nearly five miles, and forms the southwestern corner of the township. Conestoga Creek is the chief stream, with its affluents Little Conestoga and Indian Town Run. Few, if any, sections of Pennsylvania, or of the Atlantic States, are richer in Indian history; it was the theatre of the most important occurrence in aboriginal history. The Susquehanna Indian fort, between Turkey Hill and Blue Rock, and the several Indian villages were the scenes of strife and treaties, detailed accounts of which are told elsewhere. German Mennonites and Swiss emigrants were early settlers. The infamous Dr. John Connolly, who occupied such a conspicuous hut unenviable position during the struggle for American independence, was born in Manor Township, in 1744, upon the farm owned by James Patterson, the celebrated Indian trader. Tobacco and other agricultural products are the chief industries. Population in 1940 was 3,940.