Photo: This 3 bedroom Ranch at 819 Chesterton Road was built in 1953. It was sold by Keller Williams* after being on the market just under one week (6 days). 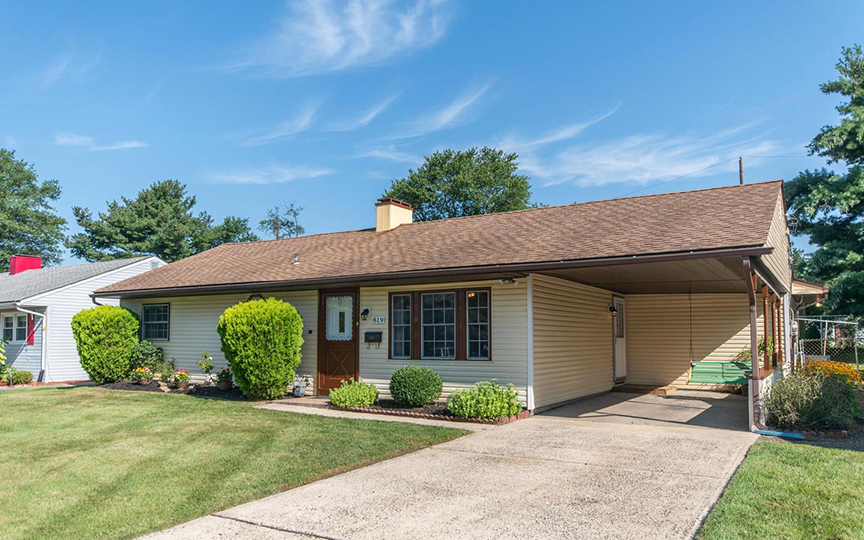 Gunnison Magichomes, Inc. was established in 1936 and enjoyed a moderate success prior to World War II. Early in 1944 US Steel acquired a majority interest in the company, and in 1946 constructed a brand new manufacturing facility.

U.S. Steel financed the development of Fairless Hills with a loan of $50-million. The name was bestowed in honor of Benjamin Fairless, then president of U.S. Steel; he was also the namesake of the "Fairless Works" the plant which employed most of Fairless Hills' new homeowners. Ownership in the Danherst development was not restricted to plant employees.

One story (unconfirmed) suggests that the homes along Canterbury Road were built somewhat larger and on roomier lots, intended for purchase by Fairless Works management. (Typical lot in the development was less than 1/4 acre; Canterbury lots seem to almost 1/2 acre.)

Fairless Hills is roughly bounded by Old Lincoln Highway (Business Route 1) and Oxford Valley Road on the North and East, and by the Pennsbury school campus and Levittown's Vermilion Hills on the south and east.

Falls township is home to National Register Properties. The Fallsington Historic District (a well preserved 18th century village) is located in the northeastern part of the township, and the Sotcher Farmhouse (aka Three Arches, circa 1712) is what remains of Clover Hill Farm, the site of the original 1,500-home (or so) Danherst development. Pennsbury Manor is a 1938 reconstruction of William Penn's "country home" built circa 1680s.