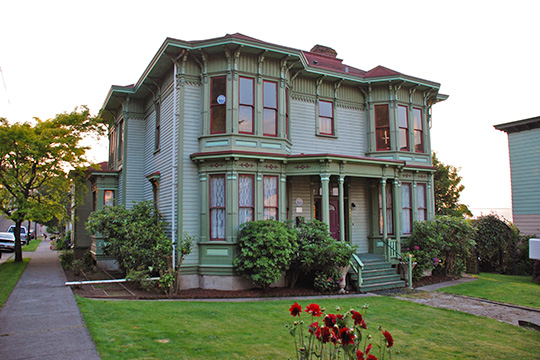 Clatsop County was established in 1844. It's 873 square miles are bordered on the West by the Pacific Ocean and on the North by the Columbia River. Astoria, Oregon's oldest city, was founded in 1911 and was declared the county seat in 1854. Prior to the first courthouse being built in 1855, court sessions were held in the homes of county officials and private citizens. [Clatsop County History, Oregon State Archives, arcweb.sos.state.or.us, accessed April, 2013.]