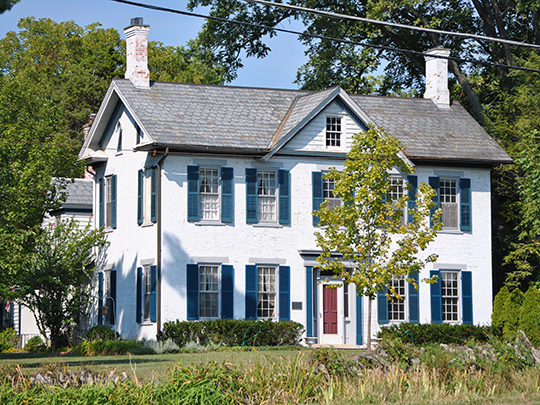 Dublin [1] was founded in 1810 as a farming and trading village. Substantial development did not occur until the 1970s with the completion of Interstate 270, the construction of the Ashland Chemical Company research and development center, and the establishment of Muirfield Village and the Muirfield Golf Club by Jack Nicklaus. During the 1980s, Dublin was Ohio's fastest growing municipality. Although growth slowed somewhat in the early 1990s, new home construction continued at approximately 500 units per year and commercial development averaged 400,000 square feet annually. Between 2000 and 2005, Dublin continued to grow at a substantial pace, with over three million square feet of commercial development and over 2,200 new single-family units.