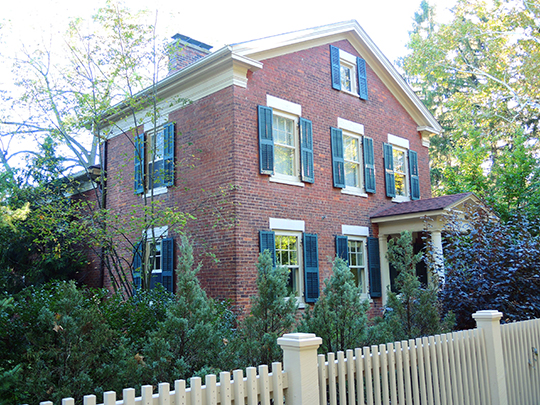 Highland Park (also known as Elwanger-Barry) is a city neighborhood with approximately 2,000 homes. In 1914, the Ellwanger & Barry Realty Co., ran newspaper advertisements which included the text, Houses all new with all modern improvements — streets paved, trees planted, everything updated.

The neighborhood's namesake is Highland Park, created from land donated to the City of Rochester by Ellwanger and Barry in 1888. This was Rochester's first park, and was designed by Frederick Law Olmsted. George Ellwanger was a noted German horticulturist who emigrated from Germany to Rochester in 1840. Patrick Barry emigrated from Belfast Ireland in 1836. He founded the Mount Hope Garden and Nurseries in Rochester. After the death of Andrew Jackson Downing, Barry succeed him for a time as editor of The Gardening Magazine.

One finds late 19th and early 20th century homes throughout the neighborhood, including many examples of the American Foursquare.