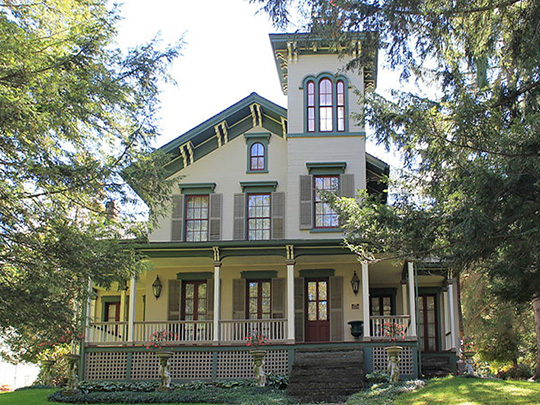 The Town of Delhi was the location of county government when Delaware was organized in 1797. The area was first settled around 1785 by Abel and John Kidder. What is now the village of Delhi was subsequently incorporated in 1821, and thus the village became the seat of government. At its creation, the village contained the county buildings, the Delhi Academy, 4 churches, a couple of printing businesses, a wool factory, iron foundry, gristmill and sawmill. Delhi Village began its existence with a population of just over 900 citizens. The village is located along the north bank of the west branch of the Delaware River.