Photo: Coeymans Landing, the earliest settlement in the town, once a Hudson River port where early industry was located. 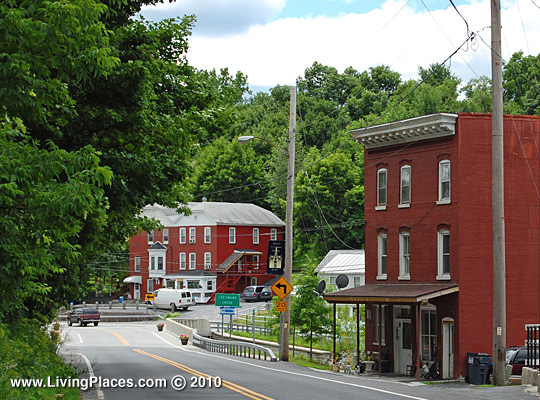 The original settler was Barent Pieterse Koeymans (Koijemans), who came from Utrecht in the year 1636, and immediately on his arrival entered the service of the first Patroon, Killian Van Rensselaer, as a miller, at a salary of thirty guilders a year. Three brothers accompanied him, David, Jacob, and Arent. Barent worked in the Patroon's grist mill until 1645, when he took charge of the saw mills which were on the Patroon's creek in the northern part of the city, in company with Jan Garristen, receiving each 150 guilders a year and three stivers a cut for every plank sawed. He remained in this employment until 1647. After leasing farmland and mills for a number of years, in 1673, he purchased from the Indians a large tract of land, twelve or fifteen miles south of Albany ...Koeymans had purchased this tract in 1674 and became one of the first settlers of the township. In 1714 he obtained from Queen Anne a patent of this tract, "confirming the whole to him and his heirs forever."